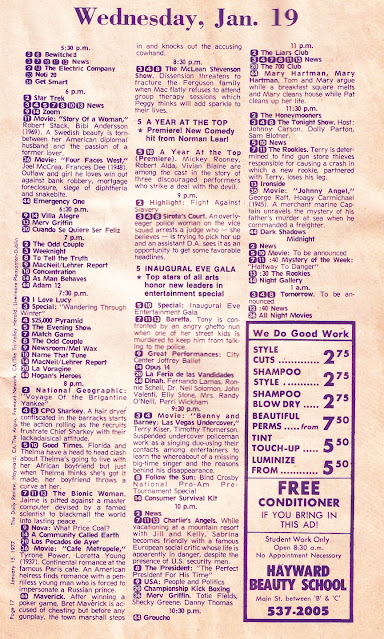 This is kind of an unwieldy post and I apologize but the best way to actually read the listings was to blow them up real big. It just kind of has to be that way but let's not dwell on that. Let's look into what brought us all together in the 1st place.... TV listings from 1977.

The super best things on that part is The Electric Company at 5:30 and Star Trek on KTVU 2 at 6. KTVU is a Fox Affiliate now but for the longest time they were an indie and ran Bay Area Wrestling, Roller Derby and all kinds of stuff like that. It's also interesting that there are 5 different news shows all at the same time. I mean, it's still that way but it's interesting to see that THE NEWS is what's on at that time.. IDK.

I would say that Bionic Woman And Good Times are the big movers and shakers in that block. I'm not really familiar with CPO Sharkey but it seems to be some sort of Army show. They say Barracks and Recruits in the description but I suppose it could be cops or something else. Again, IDK.  I feel like I should know but I was 4 at the time so.. maybe I should but I think that it's also OK that I don't.. The main event of this section is the new Norman Lear show. Ya know, when I was younger I would hear the name Norman Lear every once and awhile and it was always spoken of with such reverence by people and I fashioned this idea that Lear must be some sort of super author like Hemingway or Shakespeare or that dude in the Intellivison commercial.. what was his name? George Plimpton.
Anyhow years later I learned that he wrote sitcoms like All In The Family and Good Times I was just flabbergasted. Not that Lear isn't a good writer because he for sure is but in my mind he was long dead and wrote on scrolls like Poe or something...

After all that we have Beretta and Charlies Angels as well as some Kickboxing on TV 20. That's the wildest thing to me. KOFY 20 is a local independent and the idea of them putting on Kick Boxing is super wild. The idea of Kick Boxing on TV in the 70's is pretty wild honestly.

And the late night listings. Some good stuff here..Night Gallery at Midnight on TV44, 44 was the best back in the day.They are our CW affiliate now but back when they were an indie they played everything from Creature Feature movies to Oakland Athletic Games. Their signal was good enough that I could pick it up in my bedroom sometimes. This was pre-cable.
The Honeymooners in that time slot on TV 2 lasted forever man. I remember that was quite a late night mainstay around here. It eventually got pushed out of the slot for reruns of MASH and eventually reruns of Cheers and later Seinfeld.
70's Bay Area TV Memories Scans TV 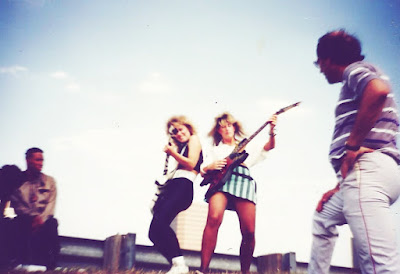 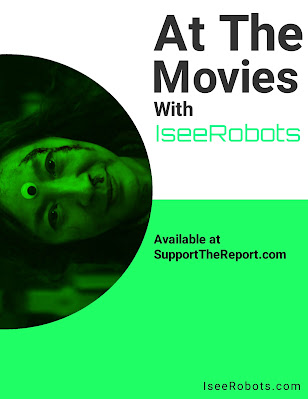 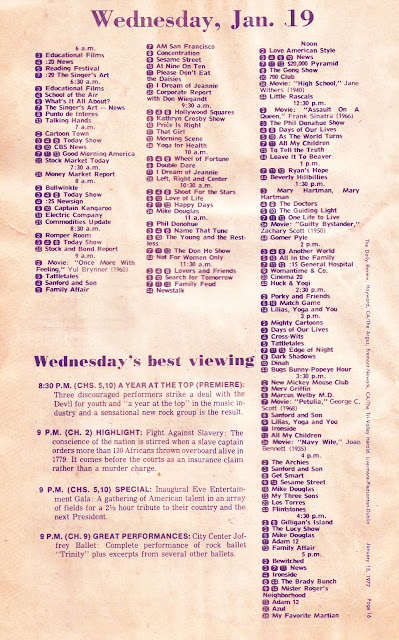 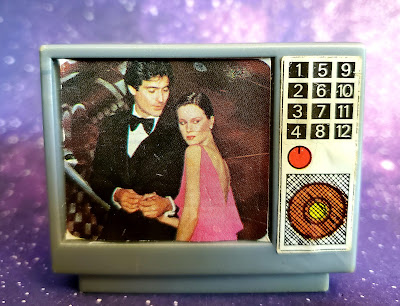