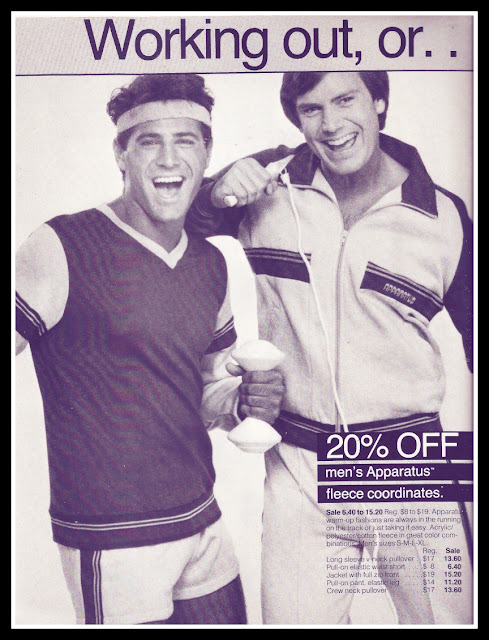 I dig these outfits a lot. I've been known to do a workout here or there and I've been known to rock some active wear a time or two and let me say this. The cozy type sweats that are all soft inside are not great for working out in. That dude is also not wearing a shirt underneath or it appears that he is not so that's also gross.
The soft interior rejects the sweat instead of absorbing it and bounces it back at your skin so it feels like it gets you wet twice. Quite gross. The guy on the left though is on the right track. The 3 inch running shorts shows a lot of self respect as well. I wear 7 inch shorts and they feel like short shorts from time to time.. 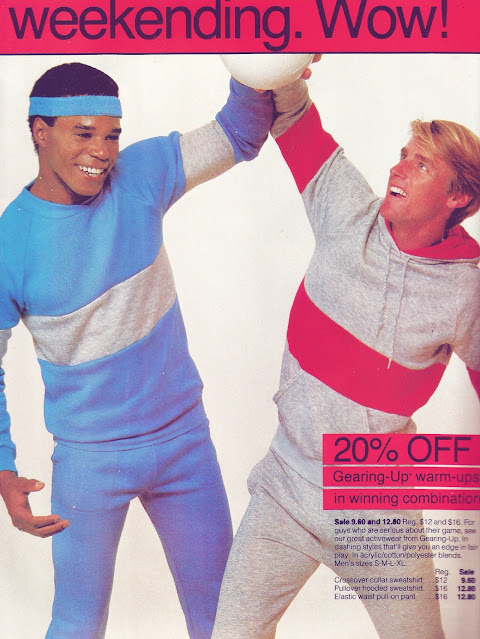 The guy on the left reminds me of a cross between Sugar Ray Leonard and O.J Simpson. I don't know what to make of that. Both of these dude's workout gear also double as really cool pajamas which is nice. I like dude in the blue's headband.
I used to think that headbands were mad silly but I have fully worn them on hot days at the gym. It's really hot today and I'm going to go down there later and I think I'll probably wear a headband. I have short hair and the sweat runs into my eyes pretty quickly. I'm a sometimes sweaty dude.
80's Scans