A Bunch Of Home Recorded VHS Tapes That I Have In My Closet. 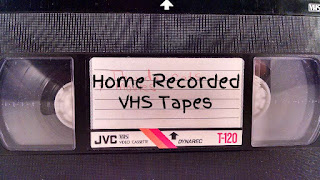 I almost always buy home recorded VHS when I see it at The Dig. I mean, if it looks cool. I pass up on tons of stuff from PBS. It seems like people taped mad amounts of stuff off Public Broadcasting...  Opera, History Of Whatever, you name it. They so outweigh stuff like tapes that say "Cartoons!" You hardly ever find those...

That stack of tapes up top there were all things that showed promise. They were all cool movies and stuff that sounded weird but when I got them home they were all what they purported to be but whoever recorded the cut all the commercials out. I'm in it for the commercials, commercials and station ID bumpers and stuff.. Oh, the one that says Jeff w/ the masking tape label? That was a football game.

That one up there was great though. It was The Disney World Christmas Special complete with all the advertisements and stuff. After the special was over there was a bunch of random TV like Spencer For Hire and stuff. This was a pretty good find overall. I'm gonna put it in at Christmas Time and feel all nostalgic.

This was another one that really delivered. It was all that stuff that it said that it was on the label plus! It was complete with commercials and as a bonus there were a couple of episodes of Double Dare not just the one that it promised. It over delivered.

I'm not a football fan but this was a fun tape too. The Niners play around here so the tape was chocked full of local TV bumpers and local sports coverage. I got to see some newscasters that I hadn't seen in forever. PLUS! When the game was over the tape kept running and had an entire episode of the local news! 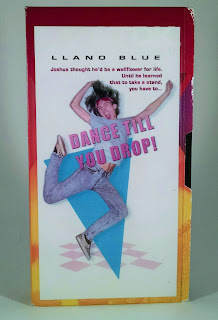 This was a weird one. It seems like it was something that some kids made as a school project. It's like a short film in the vein of Footloose or something. Wait, that's what it say on the back of the box. Let's take a look. It's a pretty accurate description of what was going on. 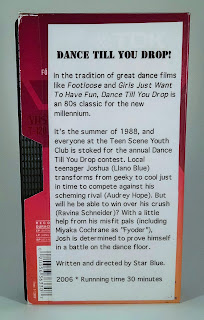 The movie was pretty fun. I dug it. Something like this is a rare super find. I gotta give it up to anyone that makes a short film. It something that people all seem like they want to do but don't actually do. Those that actually follow through get mad props.

This one is pretty neat too. It's an actual vacation video from 1986. It's not super exciting or anything but there is a ton of footage from inside Disney Land back in '86. They film some of the rides and the big parade that they have there. I think if you were way into Disney this would be a holy grail type thing. 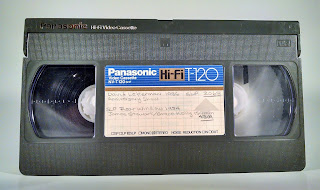 This one is one of my absolute favorite found tapes. It's the complete David Letterman 1986 Anniversery Special with the commercials intact! I used to be a Letterman junkie so this is a nice blast to the past. After the special is over the tape continues on to a movie that was recorded off KBHK TV 44 which was/is my favorite local channel outside of KFTY TV 50 which was our Santa Rosa Channel. The movie is complete with commercials and a ton of KBHK bumpers and stuff. I love this tape.

This is really just the tip of the iceberg as far as my home recorded VHS goes. I have one big box in my closet and then I have TONS of my own out in plastic tubs in the garage. It's mostly wrestling but I have some music videos and TV Show. I taped Lost and Voyager and Enterprise plus I made a bunch of TV Mix Tapes called "Stuff Taped" there are maybe 10 volumes of "Stuff Taped"

Sadly for most of ST I cut out the commercials. At the time it seemed like you were saving space on your tape. Who could have seen in the future that all TV shows would be available streaming but that commercials would be rare gold...
Home Recorded VHS Tapes VHS