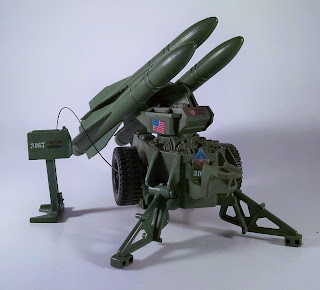 I found some GI Joe stuff at The Flea Market this weekend! I got this and couple other vehicles and some figures that need new O-Rings. Man, it's been awhile since I had a GI Joe Score. I kind of thought that those days might be in the past. Too many dudes out there take their Joe Stuff to E-Bay. I dig it. That's what I do too but I still want to find some out there in the wild. 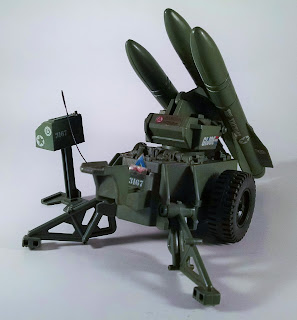 This is a neat toy. I like the Joe stuff back from when it seemed like sort of legitimate military stuff. This guy was meant to be pulled behind a jeep but it can also stand up on it's own. The control panel on the left there tucks into the back of the cart. 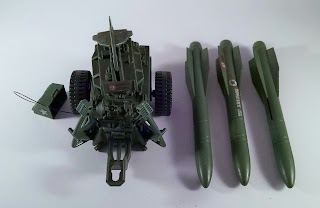 This is actually the 3rd one that I have. I don't think that I had this as a kid. I wish I did but if I had I would have for sure lost the missiles. I was the worst at keeping the pieces together. I was always losing guns and parts of things. None of my Joe planes had missiles left. In that since they were like authentic ones. Use them once and then they are gone.
80's Flea Market GI Joe Toy Pic