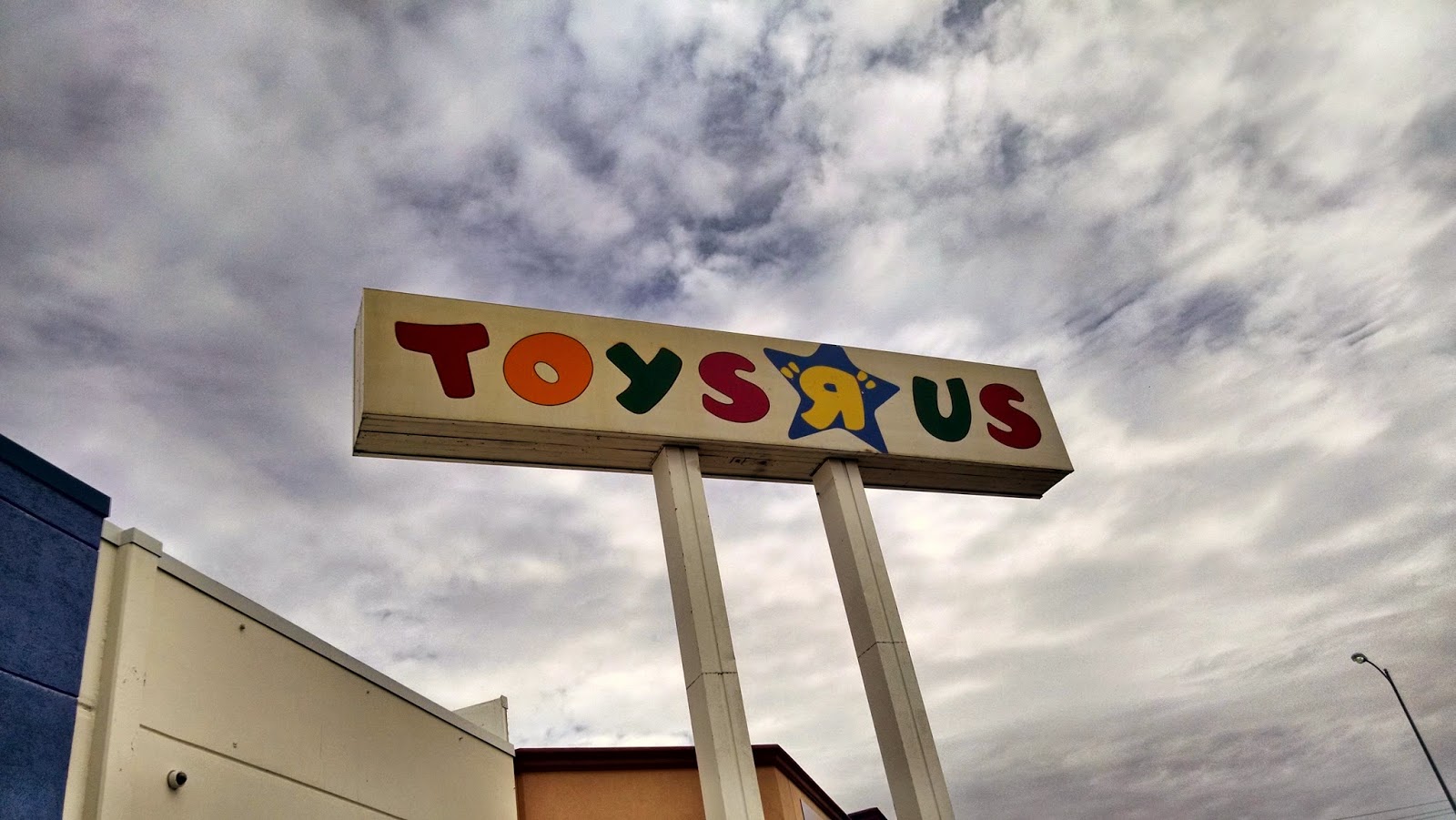 So we were up in Sacramento for Sac-Con, more on that on the podcast, it drops Wed. I just wanted to poop out a quick little report of something I saw that APPALLED me! While we were in Sac we hit up the TRU as I usually do when out and about in a foreign locale

. It's a nice store. That's the sign for it up there. It's about 15 minutes away from the Scottish Rites Hall where the show was heald.

Sacramento is bigger than my hometown so I guess accordingly they have a bigger Toys R Us. That makes sense right? They also had more "collector" style toys including those that you see down there on the left!

They had the Re-Action figures right there in the store! I couldn't believe it. We totally don't have these at my store and totally wish that we did. I want these so bad that I was actually about to order some online which i never do. What a rip. 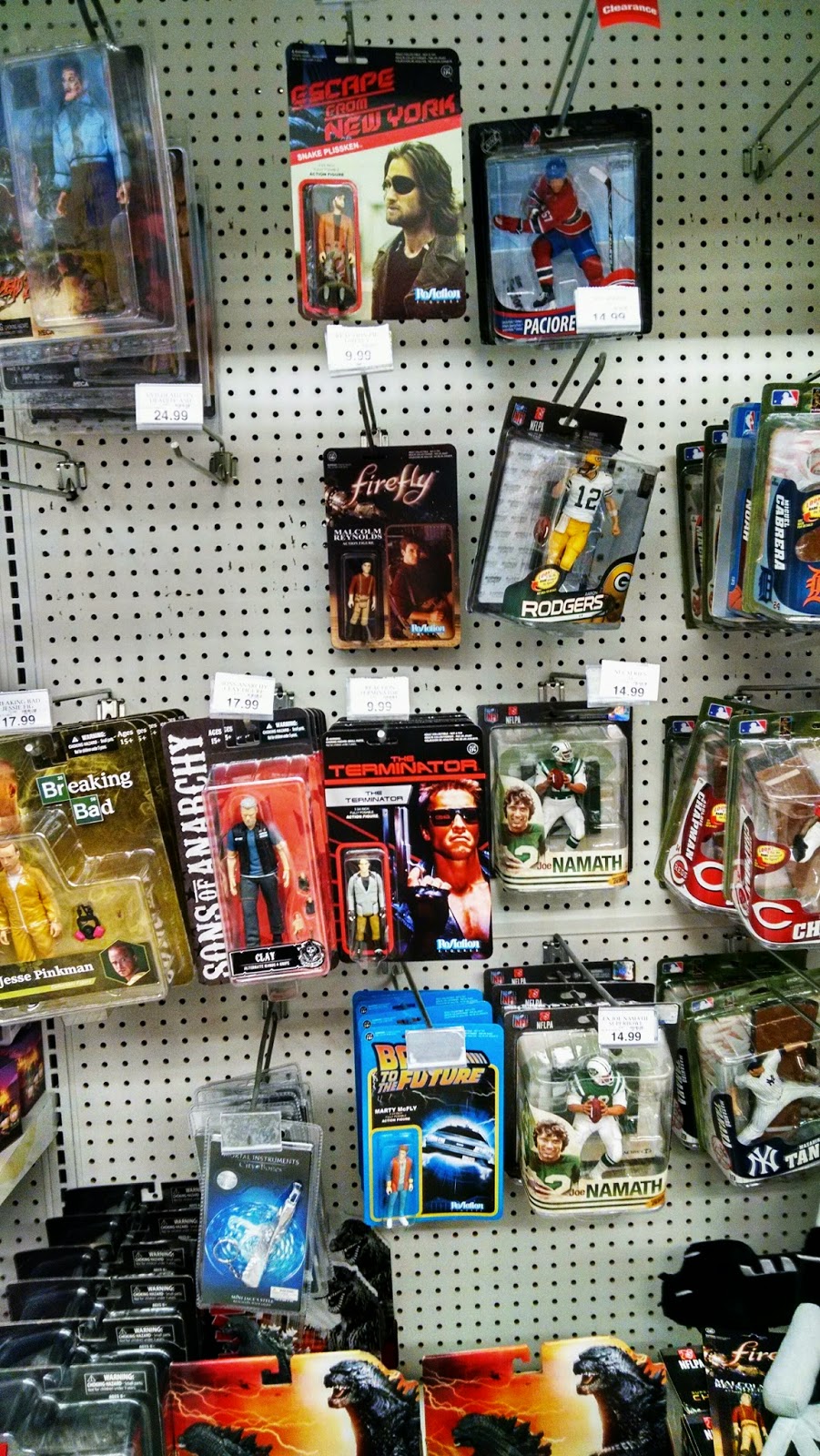 They had Snake Plisken with his coat, Marty Mcfly and Doc Brown as well as some Firefly character that I didn't look at.. Man, I wish that we had those. What sucked is that I bought Snake at the con! For 5 Dollars More! I paid scalper prices! I'm aghast.

I try really hard not to do that. It'd be like a hardcore hunter paying store prices for venison.

Oh, neither one of the stores had The Black Widow I'm obsessed with right now or The Rocket Raccoon.

There was also a Toys R Us Express in the mall that was a little ways over. I've never seen one before. It's basically a smaller TRU with higher prices. Oh, neither one of the stores had The Black Widow I'm obsessed with right now or The Rocket Raccoon.

My Daughter really wants the Rocket too. She says that he's surpassed Loki as the most popular Marvel character at her school. She likes Rocket but LOVES Loki. I can see that she's torn between the two. She actually has posters for both on her wall. She can be cool sometimes. 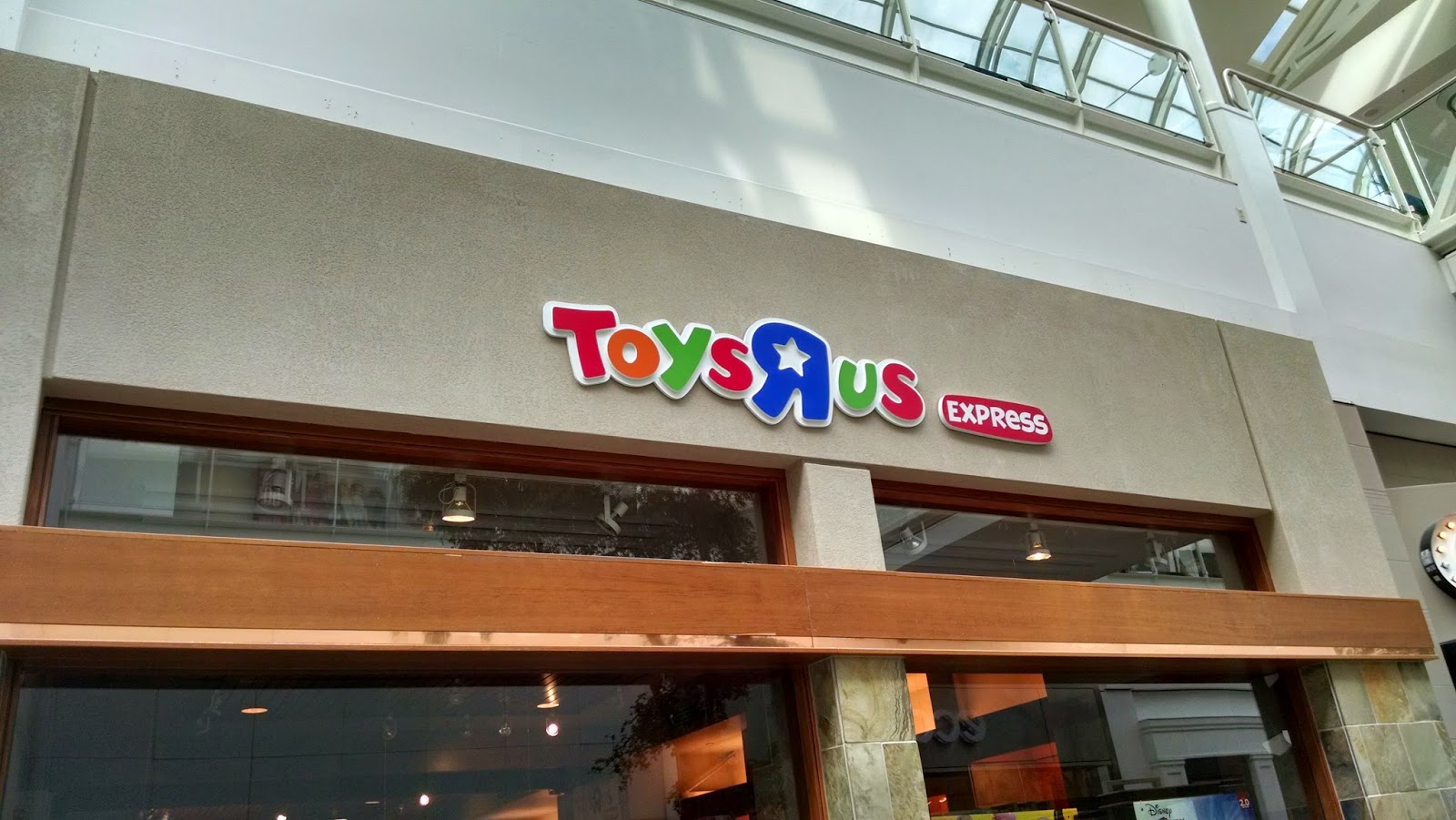 What has me torn is what happens if she is there with us at the store and I actually find the Rocket Raccoon Marvel Legend? That is  going to be a problem. She wants it bad and as we all know, I want it BAD! There might be some conflict there. Lets' hope that we find two! (fat chance of that)