Home Video Plus was over in the Larkfield Shopping Center. It was sort of tucked away in this little alley like area on the side. Interestingly enough (Not Really) it's almost next door to where I take my dog to the vet nowadays.
We were just over there the other day getting Ursa her quarterly allergy shot. There is a store in the local that does custom embroidery for work uniforms. 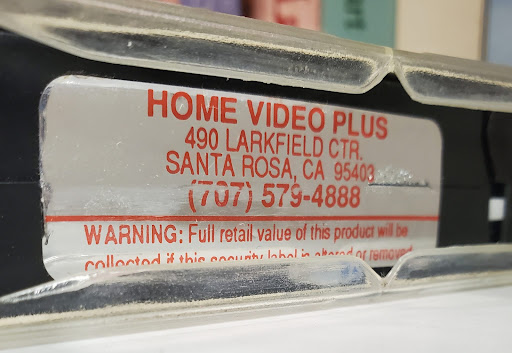 At the time there were a bunch of Home Video Plus stores around the Nor Cal area. This was one of the main ones though. The big one was over on 4th Street across from longs in the Alpha Electronics building. It's actually a thrift store now that we go to all the time. 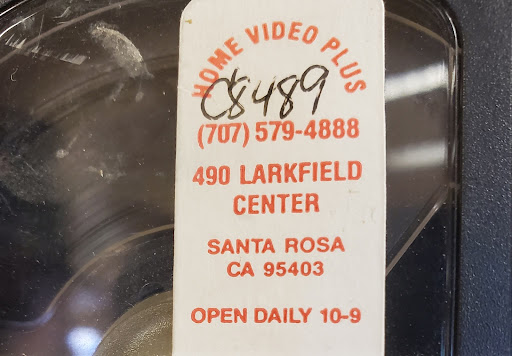 That's the label on the front of the tape. I found this specimen at the Sutter Thrift store over by KFC near where the K-Mart used to be. That area of town is totally bombed out. The big 2017 really did a number on that whole part of town.
I don't have a ton of memories of this store. I frequented the HVP on 4th Street but this one was like 30 minutes from where we lived at the time. I know that I'd seen it from the outside but I don't know if I ever went inside. There were so many video stores BITD that we took them all for granted...
Related Posts: Home Video Plus and Top Video Center Stickers.
VHS Video Store Stickers