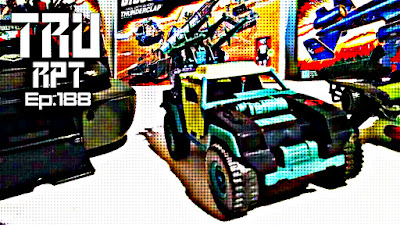 This week on the show we start off with a new song from MC Kate and Iceberg 13. He takes on another cooking produce infomercial. The song is called "Kicked Up Hot Dogs" and I think it's pretty great. Thanks Iceberg!

From there we talk about the latest Marvel flick. It's called Captain Marvel, it stars the delightful Brie Larson and Sam Jackson. It was pretty fun and I'll tell you all about it.

Then for the main event we head over to The Sac Toy Con where I got up on some GI Joes and had a pretty fun time. Make sure to head over to IseeRobots Television and check out the video I shot of the day. It's pretty fun!

Then for the final segment we read some text messages, take a call and have some fun doing this and that.

It's a fun show overall. Make sure to spread the word! That's the best and easiest way to grow the show.. Just tell some dudes you know who might like to this sort of thing.. You must know at least a couple..