I have a stack of old newspapers on a shelf under my desk. I pick them up from time to time. IDK, I like really run of the mill papers. People always save the front page from when the team wins the Superbowl or when the war ends. I'm looking for the papers from standard days.
I like to know what day to day life was like way back when and the daily paper seems like one of the best ways to do that besides actually being there..
In this case way back in 1977. I was one year old at the time and lived in Illinois. 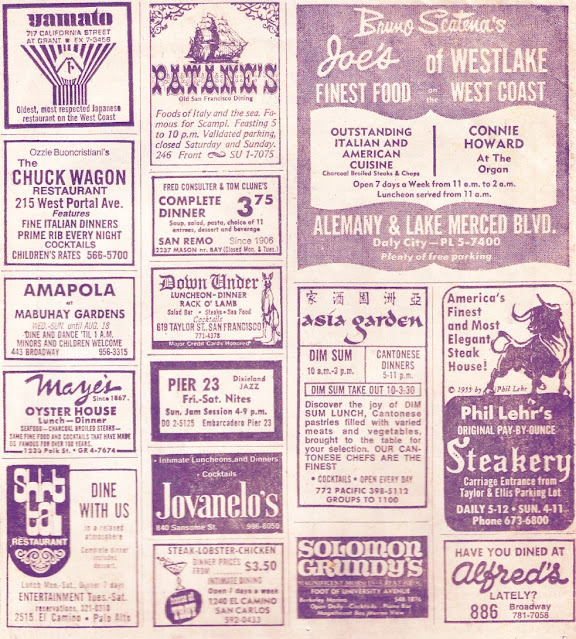 This is a shot of the whole thing. The advert was a quarter page of the Pink Section. The Pink Section is the entertainment portion. It had news about movies and listings and concerts and coupons and stuff for restaurants. It's basically the guide to what was going on that weekend 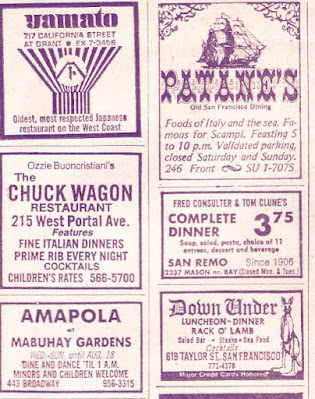 Out of these guys here I think my faves are The Chuck Wagon which interestingly serves Italian and Yamato which is a Japanese Joint. I would imagine that the Japanese food in SF was probably by and large better than in a lot of places. I mean, it still is today so IDK. I also really like Down Under in the lower right corner. It has Australian fare, it's a precursor to The Outback Steakhouse..
As far as I can tell none of these places are still with us. It's sort of hard to figure out because there are joints that have these names in different places, some of them are even nearby so I guess what I can say is that they aren't in the same place as in 1977. 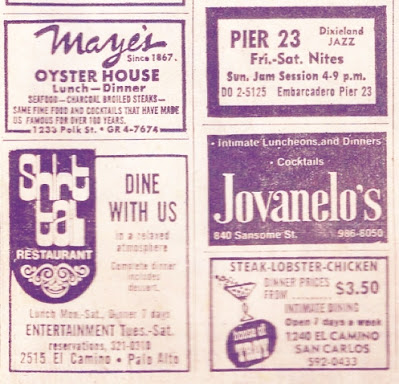 Right off the bat out of the set up there I notice Pier 23. I know for sure that they are still there. How? I went there once and it wasn't that long ago. Nice place. I don't think that the rest have made it through the years. SF has changed a lot since the 70's. A lot of it hasn't changed that much which is nice but progress, ya know?

The big section uptop.. Joes of Westlake. That place is for sure still open. Joe's is kind of a local institution. Right below that, The Steakery? Where you could buy steak by the ounce. The owner of that place opened a garden themed spot called Lehr's Greenhouse. It was a combination eatery and florist. I actually dig that idea but it looks hot in there... 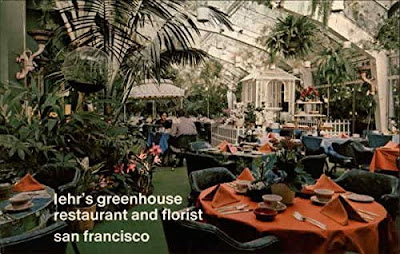 Don't thing I didn't see Solomon Grundy's either. What a fantastic name but sadly I'm sure it wasn't named after the DC Comic book character...
From what I gather Phil Lehr's main spot The Steakery was really the place to be for cocktails back in the day. It was full of SF luminaries like Carol Doda, The Mitchell Brothers, Bruce Lee, Abe Vigoda and so on. Back then The Steakery was the place to be, man. 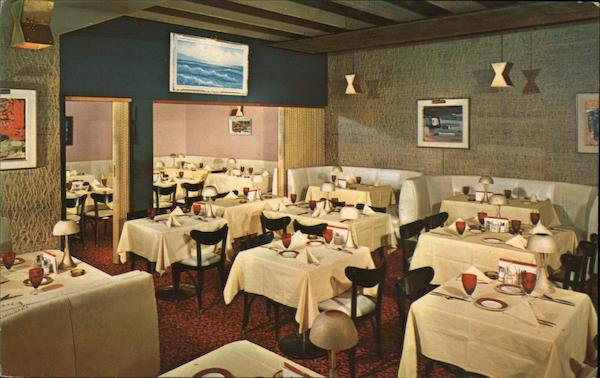 Just imagine ordering a big flank steak when Jerry Garcia walks in with Wavy Gravy and sparks up a big doobie while eating a shrimp cocktail with Nina Hartley. Those were the days for sure..
I think SF is still pretty cool. It's changed a ton for sure but it still has a lot of it's big city sleaze which is cool. That's usually the 1st thing that get's washed away from a city as it "grows"...
70's Scans