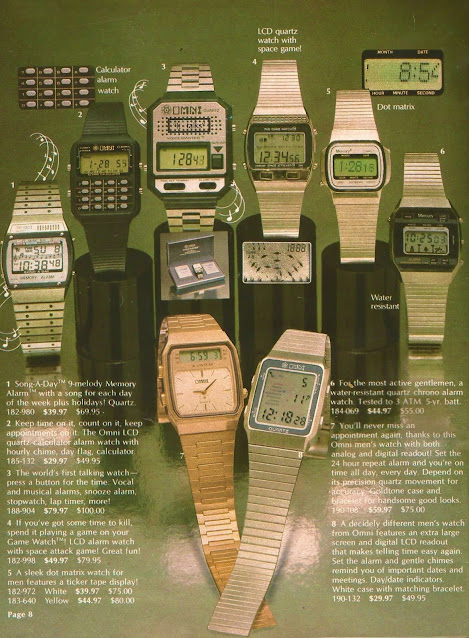 Man, there are some great watches here. This is another page from The Consumers Catalog I bought from Joel BTW.
Let's see, I think my fave is the 3rd from the right on the upper row but I love the one on the bottom right side, the one with both digital and analog faces.. That is such an 80's look.
Too be fair there isn't a bad watch here. I'd take any of them. I'm not super into the calculator watch. It's a bit cliche but if I had one I'd wear it. Let's not get twisted.
The 4th one on the top row is a game watch. It has a little deal called Space Attack or something on it. That was always better in theory than in practice, having a game on your watch, but as wonky to control as they were I was always jealous of the kid who was playing games on his watch while I was doodling knights on a piece of binder paper...
80's Scans