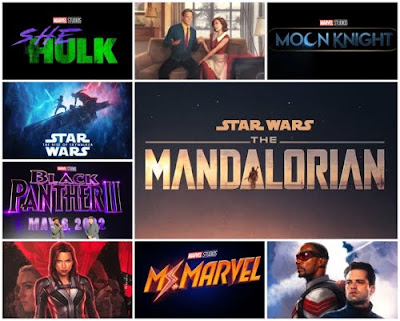 Just when you though we had enough information on Marvel and Star Wars, Disney unleashes some more announcements at D23.

Today on GeekFest Rants, Carlos is joined by his son Kyle to go over all the developments on the MCU and Lucasfilm.  We'll cover newly announced Disney+ shows like She Hulk and Moon Knight, to updates on Wanda Vision, Black Widow, and Falcon and the Winter Soldier.

Plus, on the Star Wars side we have new trailers for The Mandalorian and Rise of Skywalker.  And some bonus information on the Cassian Andor series, an Obi-Wan series, and the Star Wars: Galactic Starcruiser hotel.  You better start saving your Republic Credits.
Geekfest Rants Marvel Podcast Star Wars