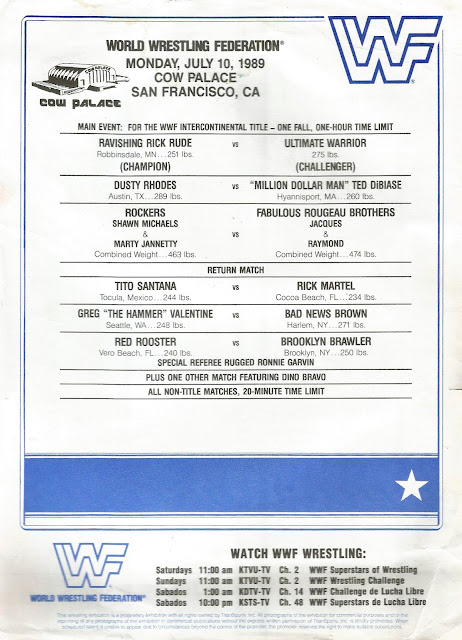 1989 was my sophomore year of High School. I was still totally into WWF at the time and used to get teased by cooler kids. They were right in retrospect. I still watch wrestling but man, it does suck sometimes.. lol.

I remember getting teased a ton for wearing my Rowdy Roddy Piper shirt to school at least once a week. I never learned my lesson though. I still wore that shirt on the reg.

I bet I went to this show and never told ANYONE that I did.  Watching it on TV and wearing shirts was one thing but actually going to a live show was a whole different animal. I wasn't really secure in myself and my loves to let the extent of my dorkiness be known..

The card is pretty great really. Shawn Michaels was there, Dusty Rhodes was there, The Ultimate Warrior was there.. Man, it was star studded! Also Ted Dibiase and Ronnie Garvin, for some reason I was a huge Rugged Ronnie Garvin Mark.. I was dumb.

I remember being so geeked when he won the NWA title from Ric Flair and then being really disappointed and weirded out to see him as champ on TV.. It just felt wrong..

I really only have a few memories of going to this show though.. I remember that the main event was really short and that The Warrior spent more time running to the ring and shaking the ropes then he did fighting Ravishing Rick Rude. Another distinct memory was that Dusty Rhodes was over like clover. The place went nuts when he came out even if he was wearing polka-dots.

One thing I want to point out is that my dad HATED wrestling but he was nice enough to take me to the Cow Palace to see WWF on numerous occasions and he never complained and even on a few trips he was willing to stand around outside the building to see if any of the dudes where there signing autographs. It was super nice of him. 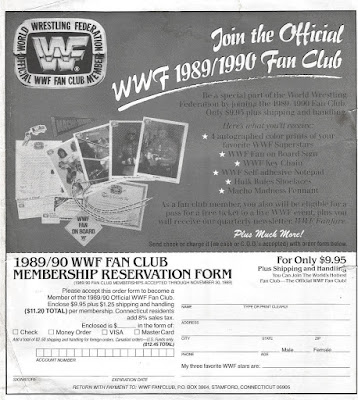 This was on the flipside of the flyer.. It's all pretty standard fanclub fare but one thing that really stands out to me is the Hulk Rules Shoelaces.. I love weird random items like that.. I found some on Ebay a minute ago. They are listed at 19.99 and look like this...

In my imagination they were yellow. If they were it's entirely possible that they'd be getting mailed to my house right now... I have a pair of green Saucony's that would look AWESOME with some yellow Hulk Rules Shoelaces...
Posted by IseeRobots at 12:02 PM 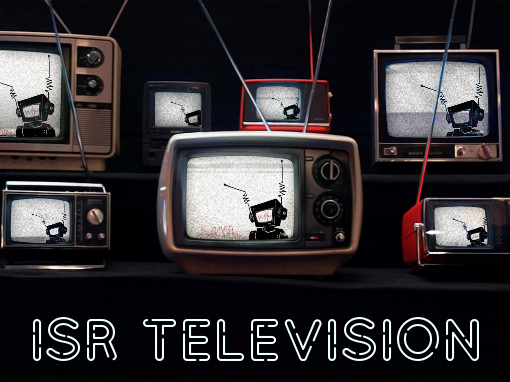 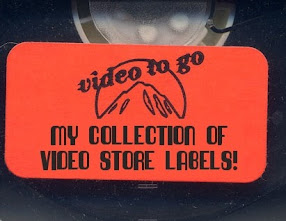 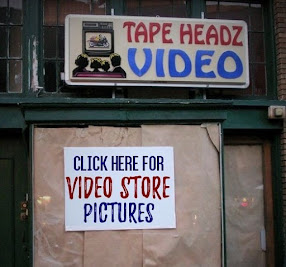 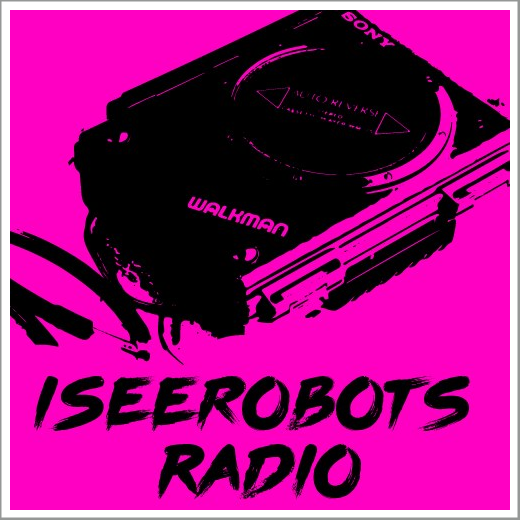 The Audio Handbook Of The Marvel Universe 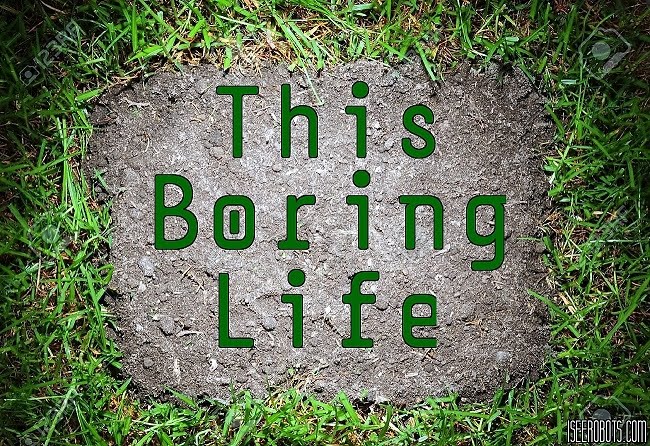 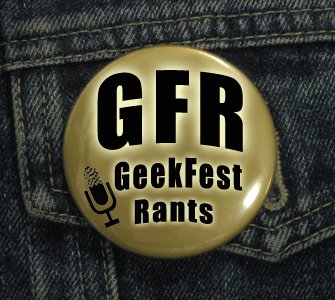 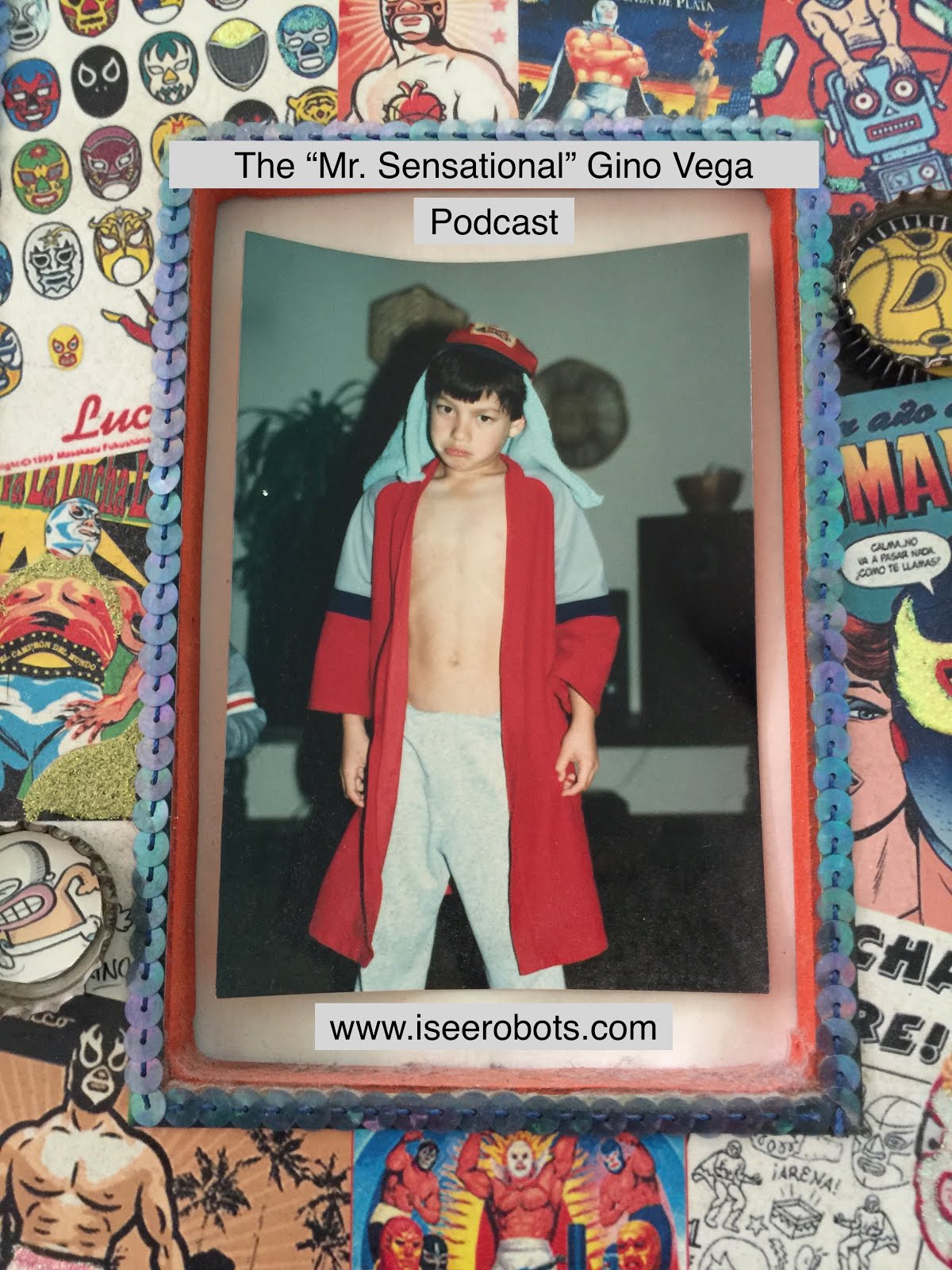 The Toys R Us Report 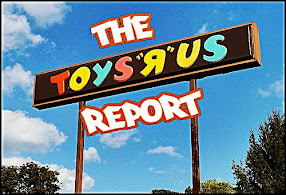 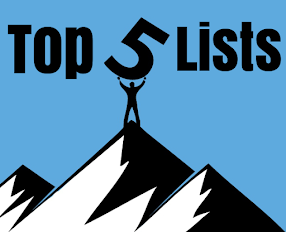 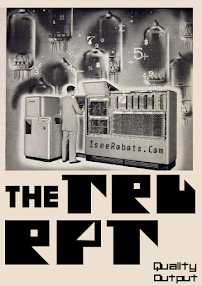 Get The ISR Supertape Here! 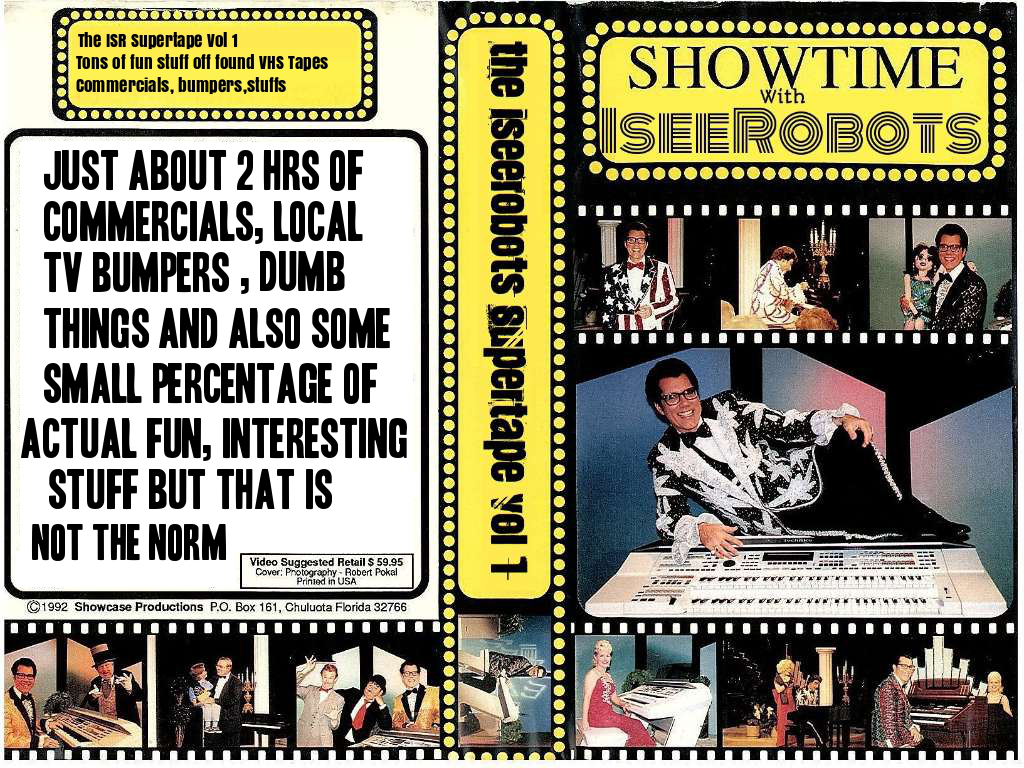