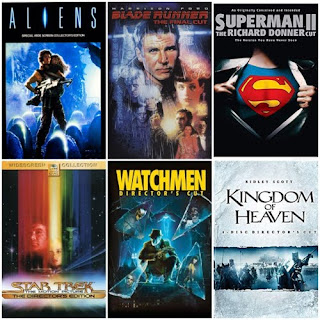 Once upon a time, the best next thing to watching a great film, was knowing that a Director's Cut or a Special Edition was going to be released soon to the home video market.

Sometimes this was a success, specially when you already loved the theatrical cut.  And occasionally it might reverse your opinion on a film.

Join Carlos and Steve at GeekFest Rants as they go down the list of some of their favorite  Director's Cuts or a Special Editions.
Geekfest Rants Movies Podcast