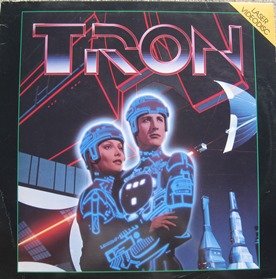 Hey dudes. I picked up a copy of Tron on Laser Disc the other day. It's one that I'd wanted for awhile now. It only cost a buck which was cool. When you find Lasers the dudes that sell them are either like, they want like 10 bucks or they just want to get rid of them and they cost a dollar. The guy selling them had a player too. You don't see the players all too often.

Anyway, this screen was on the Tron Disc. I just liked the way it looks. It makes a decent desktop but it stretches kind of weird. The IseeRobots get's cut off. IDK, it's still sort of fun.

I  really enjoy the various ways that they'd warn you of stuff before a movie started. They really kept you on your toes as far as bootlegging.

Hey, dig this, When you go to the movies there is a warning before the flick starts warning you not to bootleg. So there are all sorts of groups standing together against bootlegging on this thing right? The FBI, The ATF Interpol, etc, and amongst them is NATO, 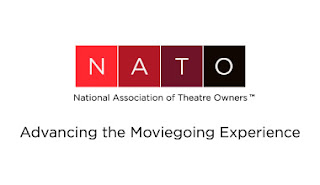 The North American Theater Owners.... I don't know, makes me laugh, Not who I think of when I'm thinking Nato..  I would think those dudes would have a copyright or something..

Isn't that weird. That the Theater Owner's would pick that name? I really want to know about the thought process behind this...
Laserdisc