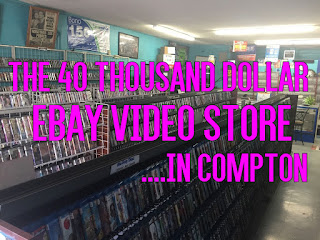 I like to poke around Ebay and look for Video Store stuff. Mostly I'm looking for signs and stuff like that, old displays and whatever. This time though I came across something that I don't really see all that often, an honest to goodness video store for sale! 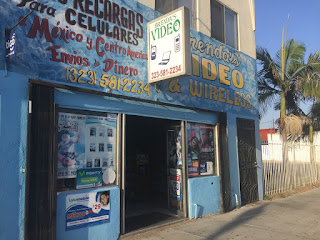 The asking price was 40k which on my Pooptronics salary is a bit out of my range. This is the perfect time to come onboard as a show patron. I can use the loot! Hop on over to SupportTheReport.com to find out how.. Anyway, let's take a look at some of the pics and see what 40 thousand bucks can get you as far as a video store goes.. 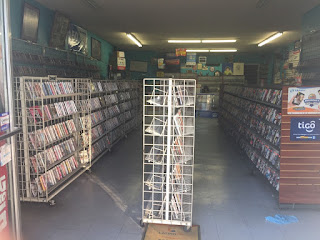 It looks kind of small, like it's long and thin. That's not bad necessarily. It does look jam packed with DVDs too. The listing says that the store has been open for 30 years. I wonder if they have any cool older stuff in storage? That'd be dope.. 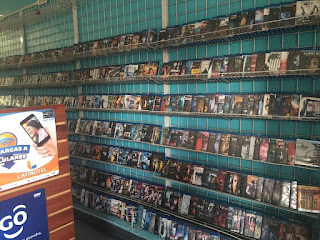 Here is some more pics of the interior. It's pretty typical overall. It does look like they have a good selection though. Oh ya, they also sell mobile phones. Prolly burners like in The Wire or whatever.. Did I mention that the store is in Compton. That's prolly an important detail.. The store is in a super bad part of Los Angeles.. 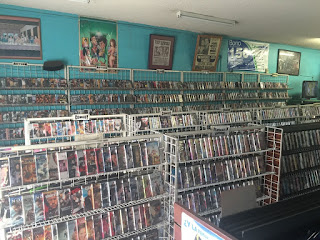 Does the fact that you will prolly get robbed at least every once and awhile effect the price? To me it does. I mean, this store might be worth more but considering that you will likely die while working there 40K might be too large of an asking price.. Still though, the store has been open for 30 years and they say that they have a pretty big customer base so that's something... 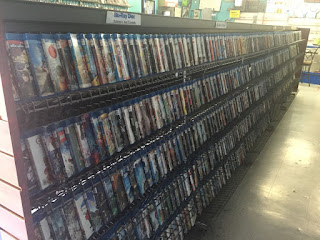 I wonder though if they have any cool stuff in storage. I am way more interested in that than I am the store. Like, maybe they have tons of VHS tapes and posters in some storage space somewhere.. Man, maybe I should contact them and ask if I could buy all of their good stuff from them. LOL..

Anyway, I just went to check the listing and the store is totally gone. I wonder if they sold it. Now I regret not getting it for myself.. Not that I could afford it..