Some Fantastic Pics Of A Blockbuster Video In Harlingen Texas. Yep a Blockbuster! 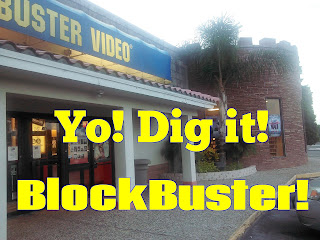 Man, I put out the call to all you kids for your video store pics and man, the first dude to respond, my man Eloy Sosa from over on the IseeRobots Facebook group responded with some great pics from a store in his neck of the woods, Texas BTW, an actual honest to gosh Blockbuster!

I couldn't believe it either. I knew that there were some stores left in Alaska because of the weak internet that they have up there but I didn't think that there were any left in the continent. Not any that I'd ever see anyway.. Man, I am glad to be wrong about that so let's give a big bow wow to ELOY! Thanks pal. Let's take a look at the pics.. 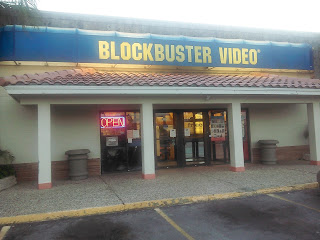 That's the front of the store. Awesome right? Man. I hated Blockbusters corporate ways at the time but I'd be excited to even see one nowadays. I mean, in person.. 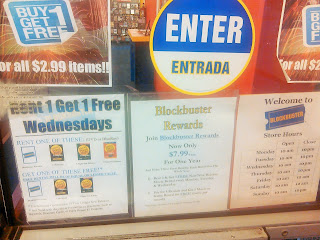 Here is the front door details. You know, the place where they run down the specials and whatnot.. They still have The Blockbuster Rewards Program. I wonder if my account is still in the system? I mean, I might want to cash in my points or whatever or however it worked. I don't even know..

Rent one get one free weds! That's cool too. You could get a game and a movie or whatever. Make a real party of it. 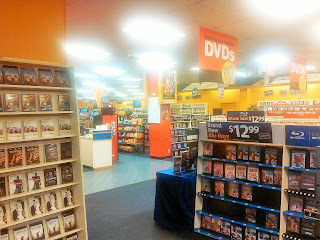 Here we are inside the store. It looks like there are some PVDs there. That's what we called Previously Viewed DVDs. Well, those are blue rays. So I guess that they are PRBRs? I don't know. 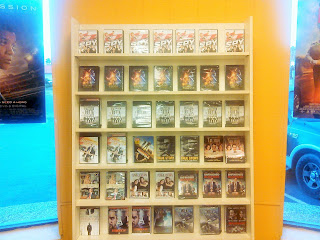 Dope. New Releases. I think so anyway. Spy was really funny. I also like the little peeking Will Smith head from the left side. I never saw Concussion. IDK, it looked lame.. 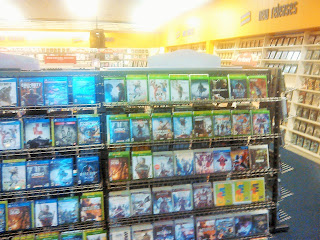 Games! Man. I wish we had a game rental place around here. 2.0 is always looking to rent a game. It's usually a Game Cube Game but still. We used to have a store up until last year that still rented Game Cube and SNES.. They're closure was a major blow to the community.. 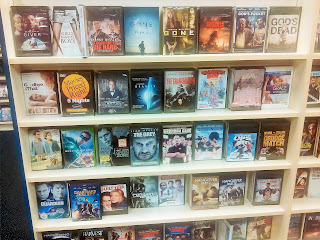 Looks like this is The G section. The letter. What do we have here? The Grey, totally fun, The Gridiron Gang w/The Rock, Grudge Match, the movie where Deniro and Stallone boxed each other and Green Lantern with Ryan Reynolds...  I think out of everything here I'd pick The Grey. Liam Neeson VS Wolfs. That's DOPE! 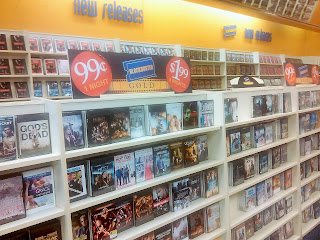 And finally a nice look down the shelves. Man, I really miss just looking down at all the movies. The variety was overwhelming and great at the same time. The streaming services like Netflix just don't have the catalog that even a run of the mill Blockbuster have..

Anyway, thanks for stopping by and taking a peek and a BIG THANKS to Eloy Sosa for sharing these with all of us. Great job pal!

If you have pics of Video Stores PLEASE send them to me, old, new, it doesn't matter. Do you have a store in your neighborhood? scoot over and take some snaps for your boy, for HISTORY!! Here is my Email, Just click there. Let me thank you in advance.
Blockbuster Video Store Pics