Diane Lane: Lady Beware 1987. The Thriller Genre Years and The End Of The 80's 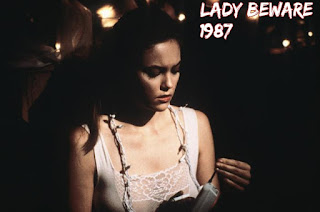 It appears from the little research that I've done for this project that after The Cotton Club and her Razzie Award Diane gave up acting for a few years.

She moved back home with her mom in Georgia and lived there with her for a bit. Just chilling out and getting her mind straight.  During that time she turned down roles in Splash and Risky Business. I don't know if that was the best choice and this whole thing, her whole life would have been way different if she had made those two joints. I would like to have seen her in Splash. Would have been cool.

Hmm, she must have been really bummed. Dude, getting a Razzie award would hurt especially if you were really young like she was at at the time. I mean, it'd hurt anytime but being a kid would make it so much worse right?


It's not like she had a lot of things she could look back at and know she was good because she was in that. Her career was still just starting. 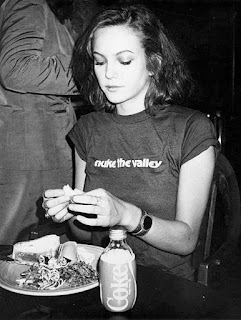 I guess you have to be thick skinned to be in Hollywood but being told you suck always hurts..

IDK, this kind of started her career as a naked sort of actress. Not that there is anything wrong with that but it was a turn away from the high end stuff she was making.

Look, I don't really know what else to say. She went from being in a Walter Hill flick to three straight Francis Ford Coppola movies to starring in Lady Beware with a dude who didn't even have a Wikipedia entry.

She seemed destined for really great stuff but she sort of languished in the thriller genre until like 2002 when she made Unfaithful which earned her an Academy Award Nomination. 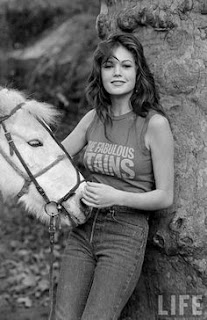 She was in other things of course, Judge Dredd and whatever but ya. It took Unfaithful for her to get some real street Cred.

Unfaithful is a really great movie. If you haven't seen it go do so. It's pretty smart and also sexy.
She's naked in that too so I mean making that choice did work out for her and if you don't mind people seeing you in the buff it's all good in the hood. Plus she looked great so there is that. Much make it easier.

It's cool though. I guess what started this whole thing was seeing her playing Martha Kent in Batman V Superman. It got me thinking how long Diane has been in movies.

In BVS they made her up to look old but even that couldn't hide how pretty she is and it got me thinking again that it's dope that she's been kicking around in movies since she was a teenager and even now in her 50's she's a beautiful lady. Good genetics and all that.

Diane Lane, I got to give it up to you. You are something special. I feel at times that people sleep on you but dude. You're a real movie star.

Here is a bit of trivia on Diane before we bounce on out of here. Her mom, the one that she moved back in with when things were looking bleak. Her name was Colleen Farrington and she was a Playboy Playmate back in 1957. 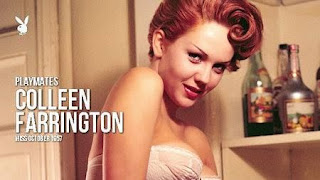 Here is a pic but you can go ahead and Google that one yourself.