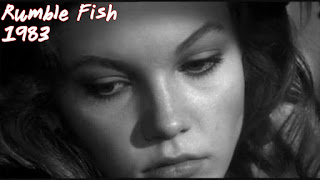 I've never seen Rumble Fish sad to say. I have seen a million other movies, some of them were super bad but I've never seen this. I guess it seemed to close to The Outsiders, which I had seen.

That's not really a good excuse not to see something I guess. Familiarity. Also, the name was weird.

IDK man, I will see it. Promise. I'll head over to Video Droid and look for it. I'm like that. A video store guy. Which is all the more reason it's weird that I haven't seen it. 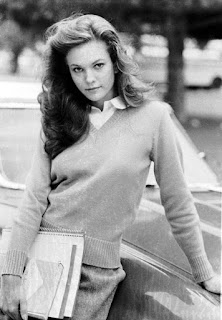 Diane looks great in it. That's really what this is about. It's not so much a look at Diane Lane's work of the 80's as it is a look at how she looked in the 80's.

That's fine. I'm not mad at myself for turning it into that. She's beautiful. There is no denying that so ya, I like to look at her. So what? Sue me. Don't really. I don't need the hassle..

Rumble fish was directed by Francis Ford Coppola and it was based on the book by S.E Hinton, who also wrote The Outsiders. He also wrote the screenplay for the movie. Dude was cool. A real school reading staple.

I remember some classes at my school read Rumble Fish one year. My class read something by Amy Tan. I had an Asian Lady for my English teacher that year. Mrs. Wong. Too bad. Not too bad that she was Asian. Too bad we didn't read Rumble Fish. The Amy Tan novel was super boring.. 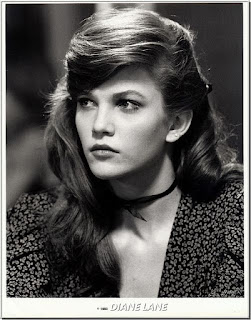 Diane plays Patty in Rumble Fish. Patty is Rusty Jame's girlfriend. Rusty was played by Matt Dillon. Matt was mad cool back in the day. Now he's mostly known for being Johnny Drama's brother. Not really.

I totally hate Entourage but can't quit watching it or thinking about that stupid movie they made about the stupid show.

I wonder what that means? That I like it? I hear that Hate is Love tainted with Jealousy.. That might be true.. It actually seems a little true. I might be jealous of Vincent Chase. Jealous that he has so much while being a total dork and a real Charisma Vacuum.

I'm sorry. Very little of this has anything to do with anything. I'll try harder next time. I don't really know if I will.

I think that the next movie that comes up next is The Cotton Club which I haven't seen either. I might not be up to this task but don't fret. I'll keep on keeping on.
80's Diane Lane Movies