Diane Lane And Coppola Team Up Again: The Cotton Club 1984 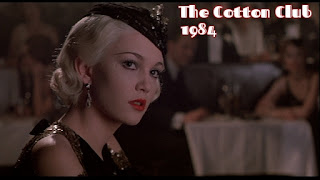 Hmm, The Cotton Club. Another one that I haven't seen. I'm sorry. I don't know man. The whole flapper thing and all that Jazz type stuff just isn't my scene. The old wife has seen this one though. She said that it was alright but nothing to call home about. In this joint Diane plays the girlfriend of notorious gangster Dutch Schultz. It's all good for her until an up and coming entertainer played by Richard Gere and her fall in love. All sorts of problems occur an boom! There you have a movie.


IDK, this era isn't that interesting to me and I don't know how I feel about her blonde hair. It's not to my taste but she still looks fantastic. I don't really like those flapper hats either. I don't hate them but they aren't my favorite. 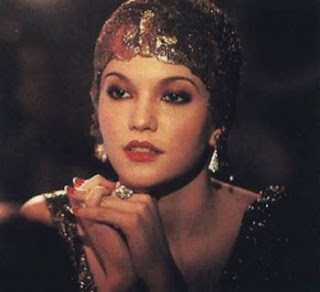 I don't think that this movie was highly regarded. As a matter of record and it hurts me to say this, Diane received a Razzie Award nomination for her work in The Cotton Club. That stinks. The movie it's self got a nom for Best Director and Best picture at The Golden Globes. That's cool. I guess.

Let's see, what's next on the list for Ms. Lane.. So, the next movie on her list is three years in the future. 1987 and a movie called Lady Beware. A thriller. It looks like The Razzie really hurt her career or she just decided to take some time  off after making like 3 movies in 3 years.. Could go either way.