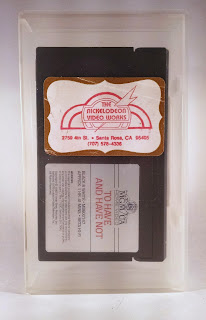 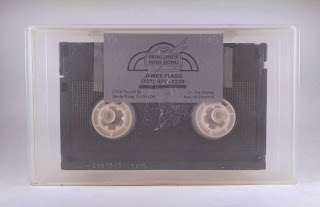 The Works was a store over by this grocery store that isn't there anymore either. It's now a Safeway. Progress.

The Works was this wacky store full of gadgets and candy, sort of like that store that all the gang worked in on Facts Of Life, the later episodes, with George Clooney..

I don't remember there being a video store being in The Works but you know, back in the day there were video stores everywhere. Even 7-11. Do you remember that? That brief period of time that you could get a VHS tape and a Slurpee at the same stop? Good times that was!

It's also interesting how a Beta Cassette fits in the same box as a VHS tape.. I have a Beta player but it totally doesn't work. It's just an awesome clock here on The Space Station.....
80's VHS Video Store Stickers